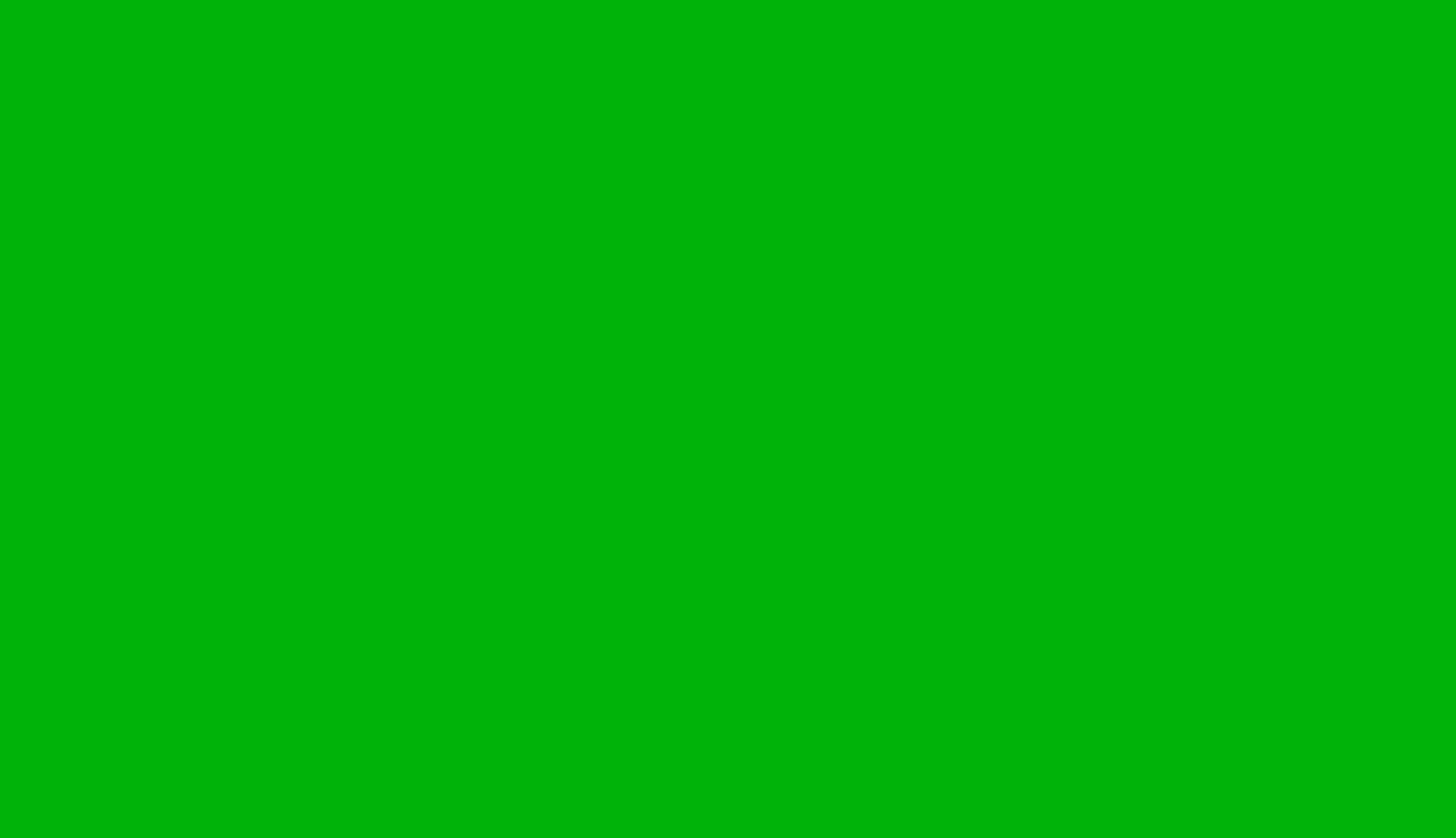 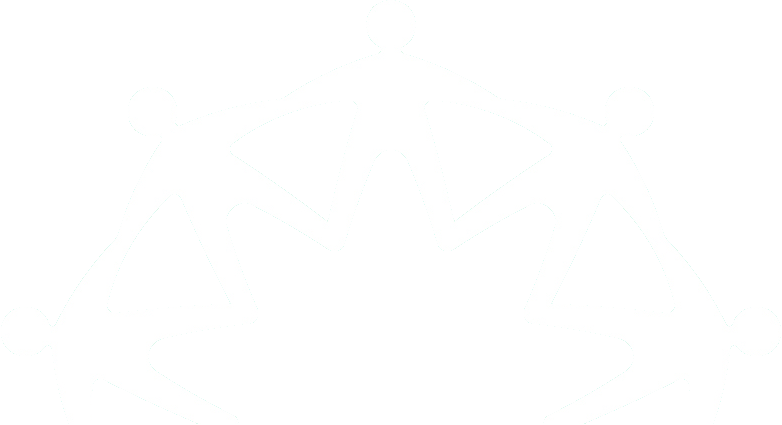 Since 1999, we have had the privilege of working with some of the best universities in the United States as part of the Portuguese Language and Culture programs offered by the Brazil-U.S. Cultural Association (ACBEU). Over the course of two decades, we have taught Portuguese and Brazilian culture to nearly 4,000 university students from abroad.

In 2018, a new and independent organization called Instituto Clara Ramos – Brasil was founded and we signed an agreement with the Cervantes Institute to share their modern facilities where our main office is located and our language and culture activities are held. Cervantes Institute-Salvador, a worldwide non-profit organization created by the Spanish government to promote the education and the study of Spanish universally as a second language, is located in Ladeira da Barra, close to the historic city center, the Federal University (UFBA), museums, and our host families.

ICR Brasil continues to offer language and culture classes through a variety of formats customized to meet the goals and the needs of each university. These programs can last anywhere from 1-10 weeks and students receive university credits based on the coursework they complete here.

We look forward to welcoming all our current university partners, as well as future partners, to our new home. At ICR Brasil students will be able to attend classes in modern facilities, at a location close to the historic city center, host families’ homes, the beach. With our unique partnership with the Cervantes Institute, students will also have the opportunity to interact with local Brazilians who are also interested in learning a second language and learning about different cultures.

Our aim is to be a leading institution of cultural exchange by providing customized and personal educational programs.

We believe that creativity, diversity, and innovation set the stage for once in a lifetime educational programs. The ICR team is grounded in integrity, collaboration, respect, and of course, an unending passion for Bahia! 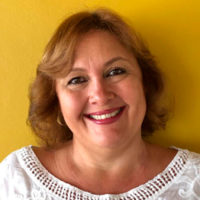 Clara is a Psychologist and Human Resource Manager specialist and she graduated at UFBA in 1997. She has been working with International Education for more than two decades. She works with budgeting, logistics, human relations, program curricular, as well as personnel management. Clara enjoys travelling and learning about cultures. To put simply, she love what she does! 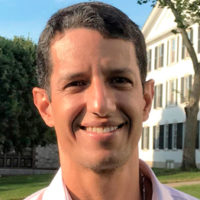 Mauricio holds a PhD in Latin American Cultural Studies from the University of Manchester (UK) and he’s taught Portuguese language for both on and off-campus programs since 2003. Every year, Mauricio works as a visiting scholar in the Department of Spanish and Portuguese at Dartmouth College. He is interested in Brazilian literature and cinema. 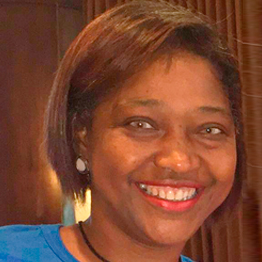 Lucianne has worked as a secretary at language schools for 25 years. She loves working with exchange programs as she learns from her students all the time. She comes from a traditional family of musicians and she is proud of her roots and the beautiful music and rhythms that Salvador offers. Lu has a daughter and 3 beautiful dogs. 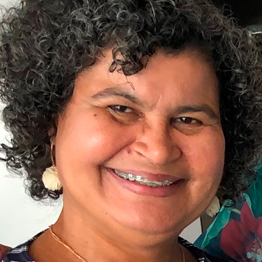 Simone studied Psychology at UFBA and Business Administration at the Catholic University, but have found her professional fulfillment as a tour guide. She lived in the USA, as an exchange student, and to her the experience was life changing. She has also lived in Spain, England and Italy. Simone’s interests are history, Afro Brazilian culture and politics. She loves to read and ride her bike. 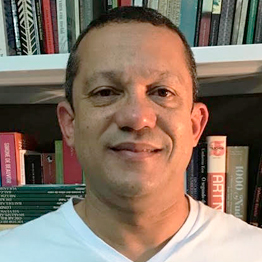 Nilton is an English and Portuguese teacher. He has been teaching Portuguese to foreigners since he lived in NYC in 1993. He loves working with education because he feels he must share his knowledge with as many people as possible. Nilton’s special interests are animals, music, theater, fine arts, cinema, cooking, traveling and cars. 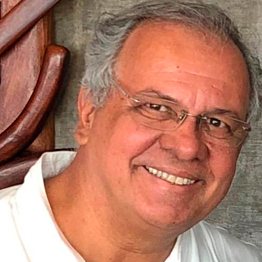 Fred graduated in Geography and Urban Planning, with a Master degree in Urban Geography at UFBA in 2000. He’s been working as a college professor and a public school teacher for 20 years. Fred has lived in different countries where he had the chance to learn many languages and amazing cultures. He loves guiding his students and exploring Salvador with them. 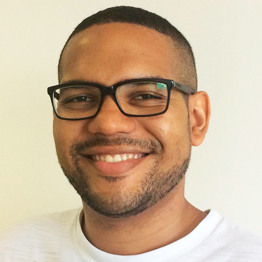 Lucas is a Portuguese teacher for foreigners and native speakers. He holds a BA in Modern Foreign Languages and a master's degree in Language and Culture from UFBA. He loves traveling, making friends, learning about cultures and languages. In addition, he loves to teach and contribute to the learning of his students.

Marcelo graduated in English and Portuguese Languages and Literature at the Catholic University in 1992 and he’s been teaching Portuguese since 2001. Marcelo loves music and he studied classical music when he was a teenager. Marcelo thinks that teaching Portuguese to people from other countries is a real transformative experience and he really enjoys working in this field.

“Studying abroad can be a life-changing event anywhere you go; however, those who go to Salvador are in for something special. It is a place that is rich in art, history, and culture. The city is lively, the landscape is beautiful, the food is delicious, and the people really take time to enjoy life! Each day is filled with outdoor adventures and cultural excursions. Being there forced me out of my comfort zone and challenged me to think from a more global perspective; I left with a mindset that is more of appreciative of different cultures, values, and beliefs. I think the most amazing part is that while learning about all of the ways we differ, you also see the many similarities and values we all share. My experience in Brazil is something that I look back on with no regrets, and I can’t wait to go back!”

“The program at ICR Brasil is incredible! The people and teachers are great and it’s amazing how much you can learn in just six weeks. This program is well worth your time as it encompasses culture and language and allows you to better appreciate the diverse and beautiful world we live in. I would recommend this program to anyone who is interested in learning another language and culture! Viva ICR!”

Brazil trip an ‘entrée to the world’ for college students – “On behalf of my and my peers I want to thank Clara for the passion and dedication she puts to the program. Without her love, this program would not have been as impactful. She was absolutely right, we are leaving Brazil with our bags full of memorable and priceless memories we’ll be able to keep for a life time and we for sure will never be the same after this experience!”

“Clara Ramos’s ICR BRASIL provides a safe and culturally fascinating Portuguese language learning experience, one which I willingly repeated four years later as a Summer FLAS Fellowship recipient. The first time I came to Brazil was as a UCLA undergraduate in 2015 and I arrived at Clara’s then ACBEU language center. Although I had no prior Portuguese instruction, Clara’s program quickly had me speaking Portuguese with my host family. Those six weeks included trips to places in Bahia that enriched my experience with Brazilian culture and history. As a result, I came back, this time as a UT Austin Ph.D. student on an Advanced Portuguese fellowship. Today, I can fluently communicate with almost anyone in Salvador.”

Being in Salvador with ICR is a wonderful time, and one that I recommend to any student interested in Brazil. ICR itself is a wonderful organization; Clara is indomitable and works with endless energy to ensure that the trip is best for you. She is officially another mother for me, and her dedication shows in just how invested she became in each and every one of us. ICR’s tour guides, transportation, and events are all wonderful and extremely professional, a testament to the work Clara puts in.

Spending time in Salvador taught me more than I ever could have imagined about the complex, profound history of Northeast Brazil. With events ranging from sociological lectures to capoeira and samba classes, ICR helps you grasp the culture and rich personality of a one of a kind city. In addition, you get the opportunity to live with a bona fide Brazilian mother, handpicked by Clara, and I can guarantee that she will love you like you are her own child. I cannot recommend a trip with ICR enough, and can guarantee you will love your time in Salvador!

“I was lucky enough to study abroad twice in college, but being in Salvador, Bahia definitely took the cake. The initial tour was great, super informative and it gave me a chance to get to know my classmates also studying abroad. The following days proved to be just as exceptional and educational as the first with trips to waterfalls, exhibitions of capoeira and the opportunity to go hiking. Overall the trip was nothing short of amazing. I firmly believe I had such a great experience because of the great leadership and expertise of the director, Clara Ramos. She added so much enthusiasm and built relationships with each student to ensure each student had a wonderful experience and went home with plenty of stories and memories. I’m overjoyed to know she will now have her own program to continue doing what she loves so much.”

“I studied abroad in Bahia the summer after I graduated from college. To say that this experience was transformational is an understatement. It was the first time that I was in a classroom where I got to learn about my people through a hands-on educational experience, as well as the first time that I engaged with material in class and felt validated as a Black student. While we learned about Afro-Brazilian art and culture in class, a large component of what we learned came from touring the city, having conversations with Brazilian natives, and immersing ourselves in our surroundings. I danced Samba and attended a workout class with Antonio Cozido, went on a graffiti tour and got tattoos with Eder Muniz, and created a long-lasting bond with my mãe Ivanildes. Brazil and its people loved me in a way that I had never been loved before. Summer 2016 changed my life; I owe my experience to the one and only Clara Ramos- the boss of Bahia. Clara has amazing connections and working relationships with many local businesses, and truly values taking care of her students. She is irreplaceable and ensures that every student she encounters has a once in a lifetime experience in Brazil.”