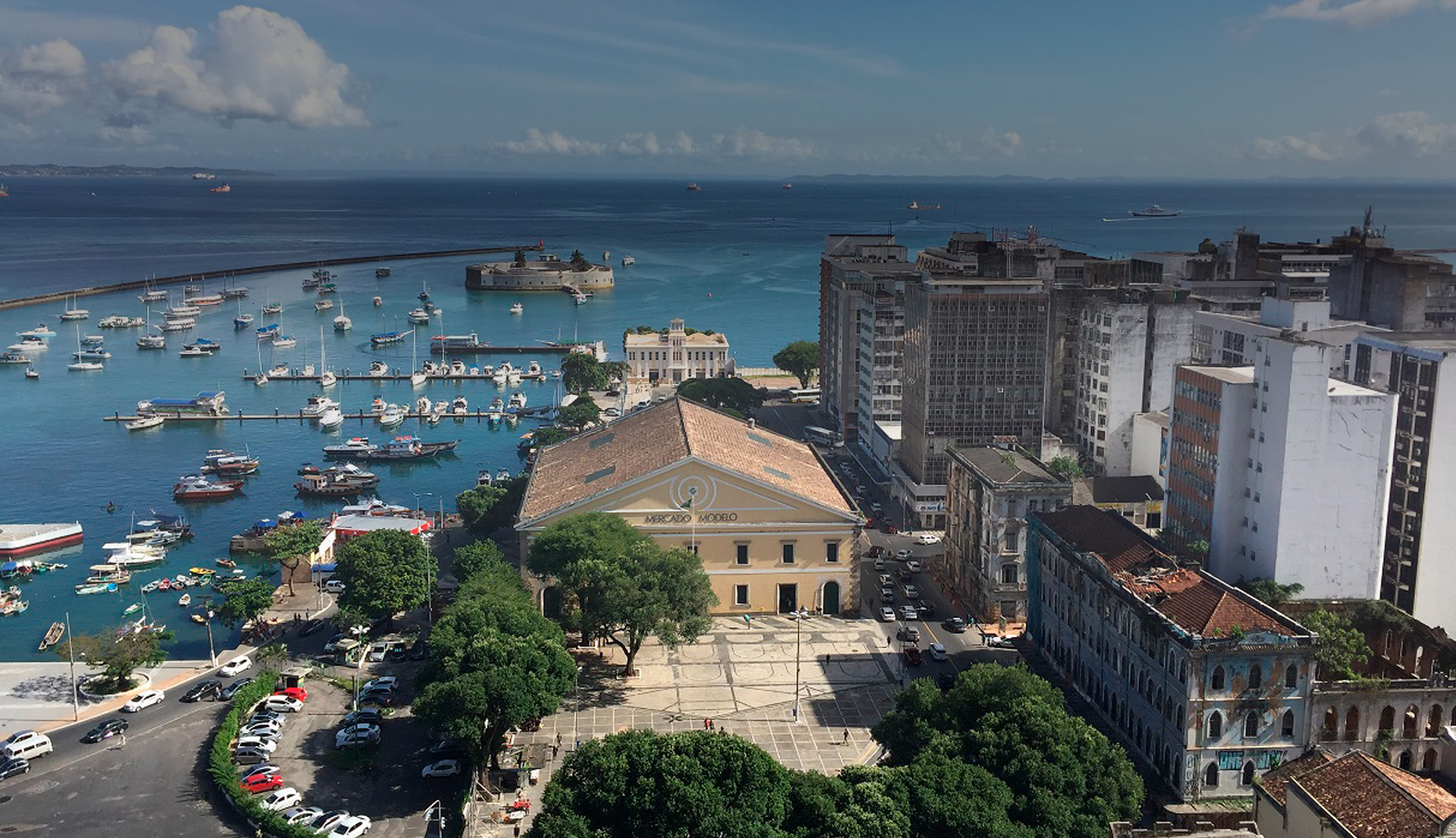 ITS CAPITAL, SALVADOR, WAS ALSO THE FIRST BRAZILIAN CAPITAL

Salvador is the place to start your journey in Brazil. The city is notable for its cuisine, music and architecture, and its metropolitan area is the wealthiest in Brazil’s Northeast. Salvador is the third most populous Brazilian city, after São Paulo and Rio de Janeiro, and it is located on a small, roughly triangular peninsula that separates Todos os Santos Bay, with its stunningly beautiful landscapes, unique ecosystems and environmental preservation areas. The sun shines almost year-round, which enlivens the spirit and tans the skin of hospitable and friendly people.

Tradition and modernity mix in a vibrant cultural scene. The African influence in many cultural aspects of the city makes it the center of Afro-Brazilian culture and this reflects in turn a curious situation in which African-associated cultural practices are celebrated. The historical center, referred to as Pelourinho, is renowned for its Portuguese colonial architecture with historical monuments, dating from the 17th through the 19th centuries, and was declared a World Heritage Site by UNESCO in 1985.

MEET THE BEST ACCOMMODATIONS IN TOWN

Students may choose from two types of accommodations:

The host families have been carefully selected by our professional staff and are located close to ICR Brasil. Living with a family allows students the opportunity to learn about our customs, culture, and cuisine and  give them the chance to improve their language skills. Our families provide a nice and friendly environment, all meals and laundry.

Students can stay at a hotel located in a nice area, within walking distance from ICR Brasil and close to shops, restaurants and bookstores. The rooms are clean and comfortable, with private bathrooms, air-conditioning and refrigerators.